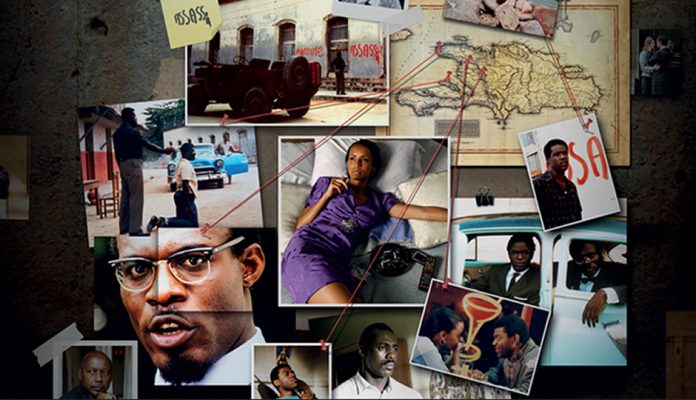 We are proud to continue our support for the BFI’s African Odysseys film strand, in their new season celebrating the films of Haitian director, Raoul Peck this December.

Stolen Images, the season title (chosen by Peck), refers to the long-standing debate about African representations in cinema. Peck’s films Lumumba and Sometimes in April are penetrating dramas set against momentous recent historical events, yet it’s also his eye and ear for detail in ordinary, everyday life that reveals the deeper forces governing our fate.

From the émigré’s determination to confront his torturer in Brooklyn, NY in Haitian Corner, to the child’s-eye-view of the horrors of Papa Doc’s Haiti in Man by the Shore, to the dark secrets and sexual intrigue of a wealthy couple as they struggle for survival amid Haiti’s ruins in Murder in Pacot (inspired by Pasolini’s Theorem), this ability to portray epic encounters while knitting the personal with the political has made Peck the acclaimed director he is today.

Stolen Images People & Power in the Films of Raoul Peck December 2015 at BFI Southbank. Simply quote PECK on line, in person or over the phone 020 7928 3232 to claim the offer!

The BFI will be welcoming Raoul Peck in conversation on Saturday 5th December and be showing Man By the Shore, the first Carribbean film to be selected for the Cannes Film Festival in 1993 PLUS Sometimes in April, considered by many to be the definitive drama about genocide in Rwanda, staring Idris Elba.

The British Film Institute (BFI) is a charitable organization established by Royal Charter to “encourage the development of the arts of film, television and the moving image throughout the United Kingdom, to promote their use as a record of contemporary life and manners, to promote education about film, television and the moving image generally, and their impact on society, to promote access to and appreciation of the widest possible range of British and world cinema and to establish, care for and develop collections reflecting the moving image history and heritage of the United Kingdom.”

Africa’s Entries to the US Academy Awards 2020

ABOUT US
The Africa Channel is news portal showcasing shows, videos on animals, nature, lifestyle and travel across the African continet. Take your time and immerse yourself in this amazing experience!
Contact us: info@theafricachannel.co.uk
FOLLOW US
© Newspaper WordPress Theme by TagDiv
MORE STORIES
Travel

Marc Ntambi - October 10, 2020 0
Are you planning for the most amazing wildlife safari in East Africa? You can visit Kenya, Tanzania and Rwanda where you will experience the...