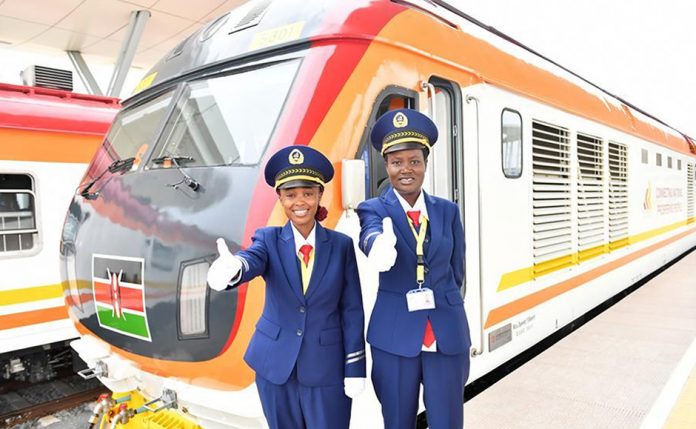 Kenyatta said the railway marks a new chapter in the history of Kenya.

The modern railway will replace the meter gauge railway that was constructed more than 100 years ago during the British colonial rule, Kenyatta said.

“Today we celebrate the laying of one of the key cornerstones to Kenya’s journey of transformation to an industrial, prosperous and middle-income country,” he said ahead of embarking on the inaugural trip from Mombasa to Nairobi.

The launch came one day after the Kenyan leader launched the first SGR cargo service between the two cities.

Kenyatta said that the SGR was made possible due to the close Sino-Kenya friendship.

“I want to thank our partner and true friend China for the support that has enabled the construction and completion of the project after only two and a half years,” he added.

The 3.8-billion-U.S.-dollar infrastructure project was constructed by the China Road and Bridge Corporation, with 90 percent of the funding coming from China.

Chinese State Councilor Wang Yong, who attended the launching ceremony as the special envoy of Chinese President Xi Jinping, said the Mombasa-Nairobi railway has been an early fruit that came out of the China-proposed Belt and Road Initiative and the Forum on China-Africa Cooperation summit held in Johannesburg, South Africa, in late 2015.